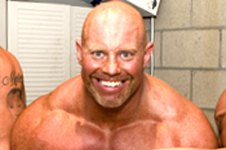 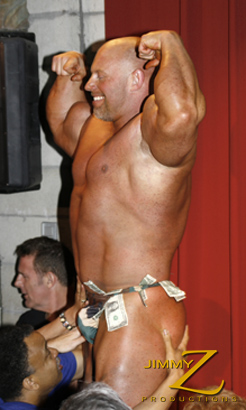 "While hosting a JimmyZ Muscle Jam, the great Brad Hollibaugh is urged to join the show and strip down. He adores his fans as much as they do him. So off come the clothes and Brad exposes a body so huge there are not words to describe it. His biceps are beyond belief. He’s always a favorite and the thankful crowd packs his g-string with lots of money." 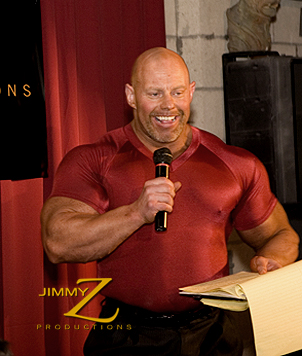 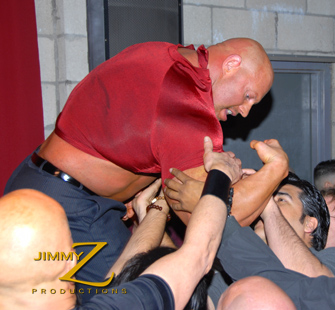 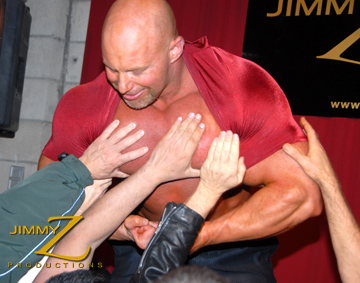 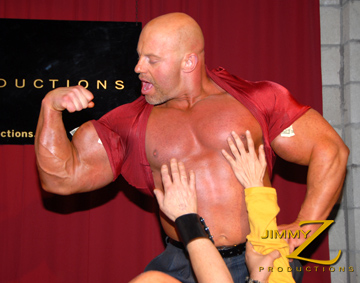 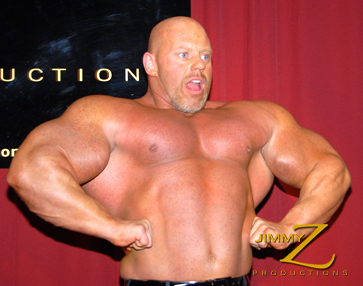 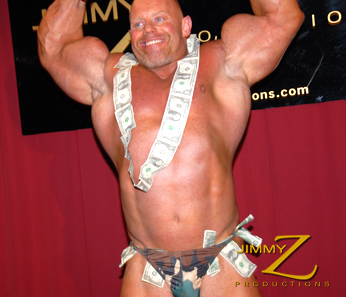 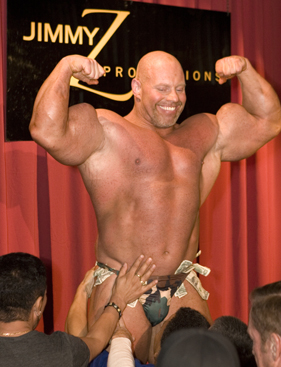 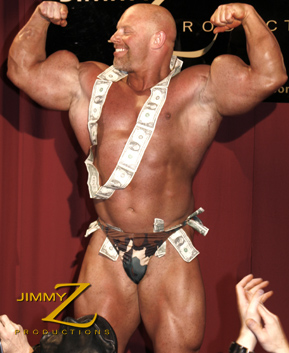 "Also, we show PETER LATZ, who is always in shape all-year round, and the audience just ate him up. Rounding out the roster is ROSS TAYLOR, and people who love a bodybuilder with lots of hair will love this guy and his wonderful smile. As a Special Guest, we have huge and beefy BRAD HOLLIBAUGH as our host, and the audience demanded that he strip down to show his incredible body to the crowd, and he did." 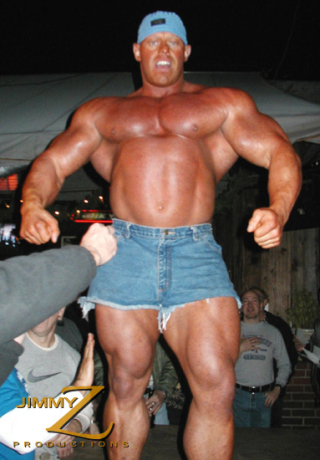 "In his unbelievable appearance, muscle lust reaches new highs as Brad works the stage at the JimmyZ Jam. Brad has lats that are so huge they are almost like wings. Afterward he gives us a personal show back at the hotel. Brad is all winner in these scenes." 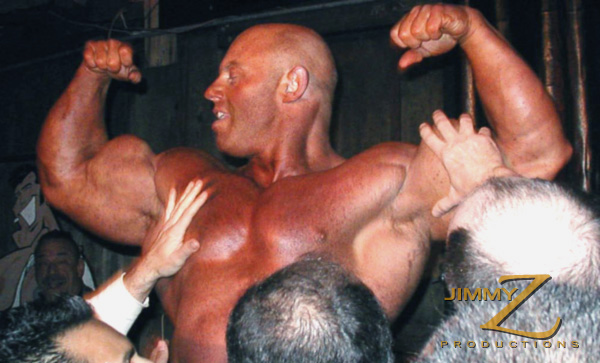 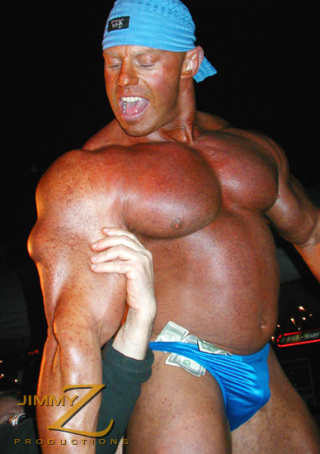 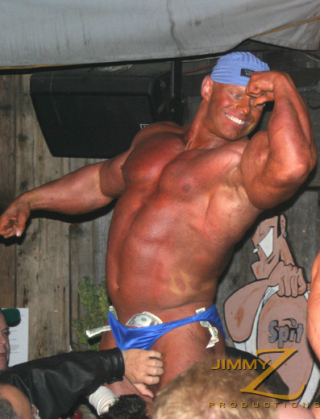 "This Muscle Show features the hugely muscled and popular BRAD HOLLIBAUGH, the down-and-dirty TOM LORD, the professional bodybuilder GREG REID and the cute, but manly, ANTHONY in a sizzling display of muscle flexing & posing on stage, and they successfully get the audience at this show yelling for more muscle." 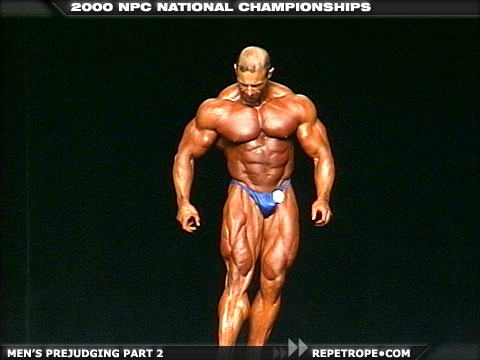 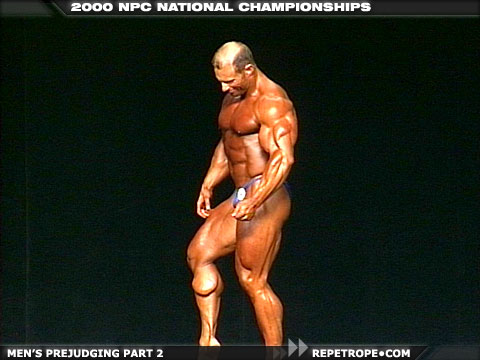 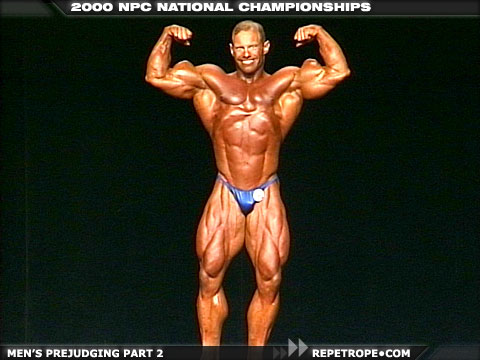 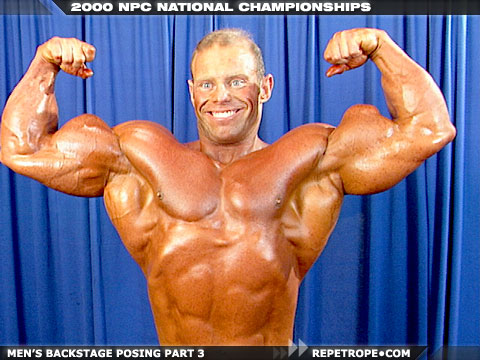 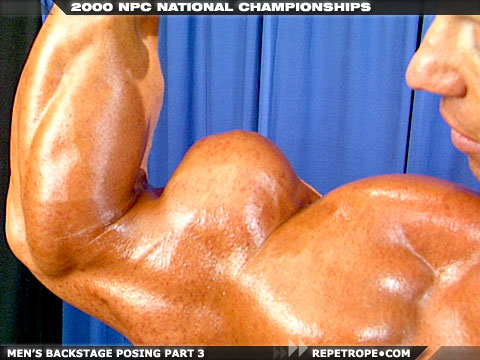 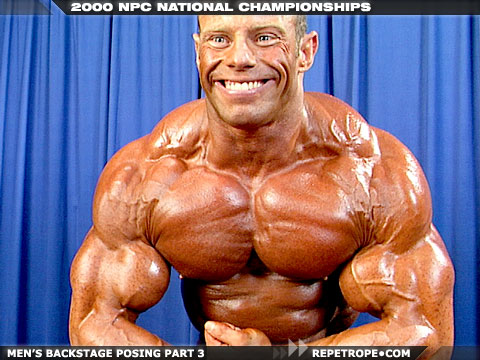 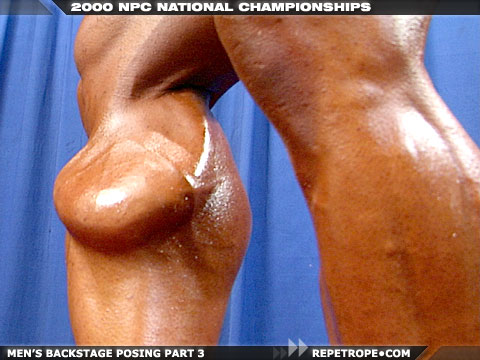 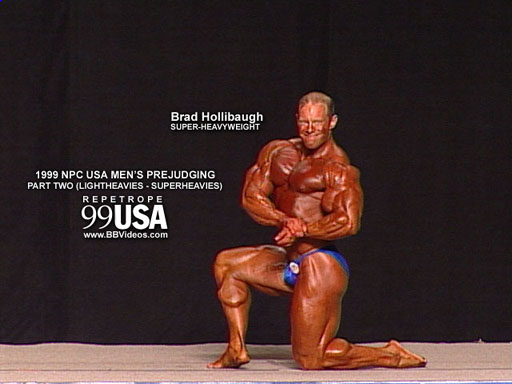 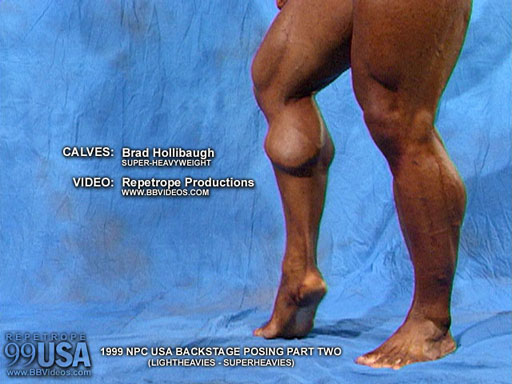 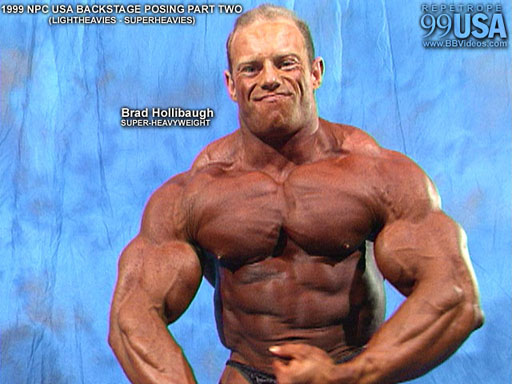 The comments to this entry are closed.