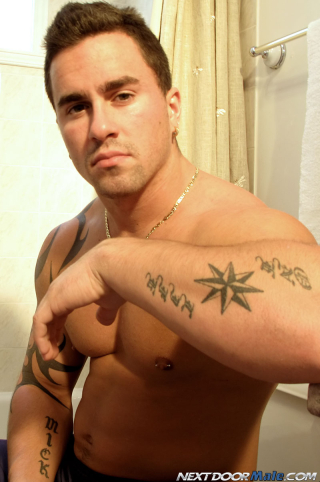 Next Door Studios | Next Door Male

"Mick's returning from playing some games of Tennis with his friends. He is a great Tennis player but he can't wait to get home and shower off all the sweat in some nice cold water. Once inside his house Mick kicks back and relaxes for a bit while he takes his shoes off. After enjoying the nice view from his window he heads up stairs to get naked and to check his beefy muscles out in the mirror. The cold shower beats down on his body while he soaps up all the nooks and crannies on his ripped body. He loves to show off his manliness in the shower while rubbing his balls and stroking his fat cock.

After the shower he decides to grab an adult magazine for some solo stroking pleasure. He lays out on the soft bed to show off his bubbly ass and tasty balls. Some sheet fucking gets his thick shaft hard as a rock and his nut busting is creamier than ever. Enjoy!"

Posted in Next Door Male, Next Door Studios | Permalink 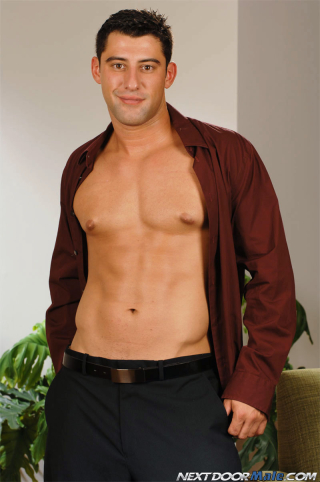 Next Door Studios | Next Door Male

"Manny Vegas is the king of his castle. He regularly enjoys the accouterments of his fine bathroom and bedroom. And he usually does so while in the nude, as he finds it most comfortable. This time he has become aroused while soaking in a warm mineral bath. As Manny's cock grows harder and harder, he massages his muscular chest and arms, working his way down to what is becoming a raging boner. He retreats to his bedroom to jerk his cock on soft, downy covers."

Posted in Next Door Male, Next Door Studios | Permalink